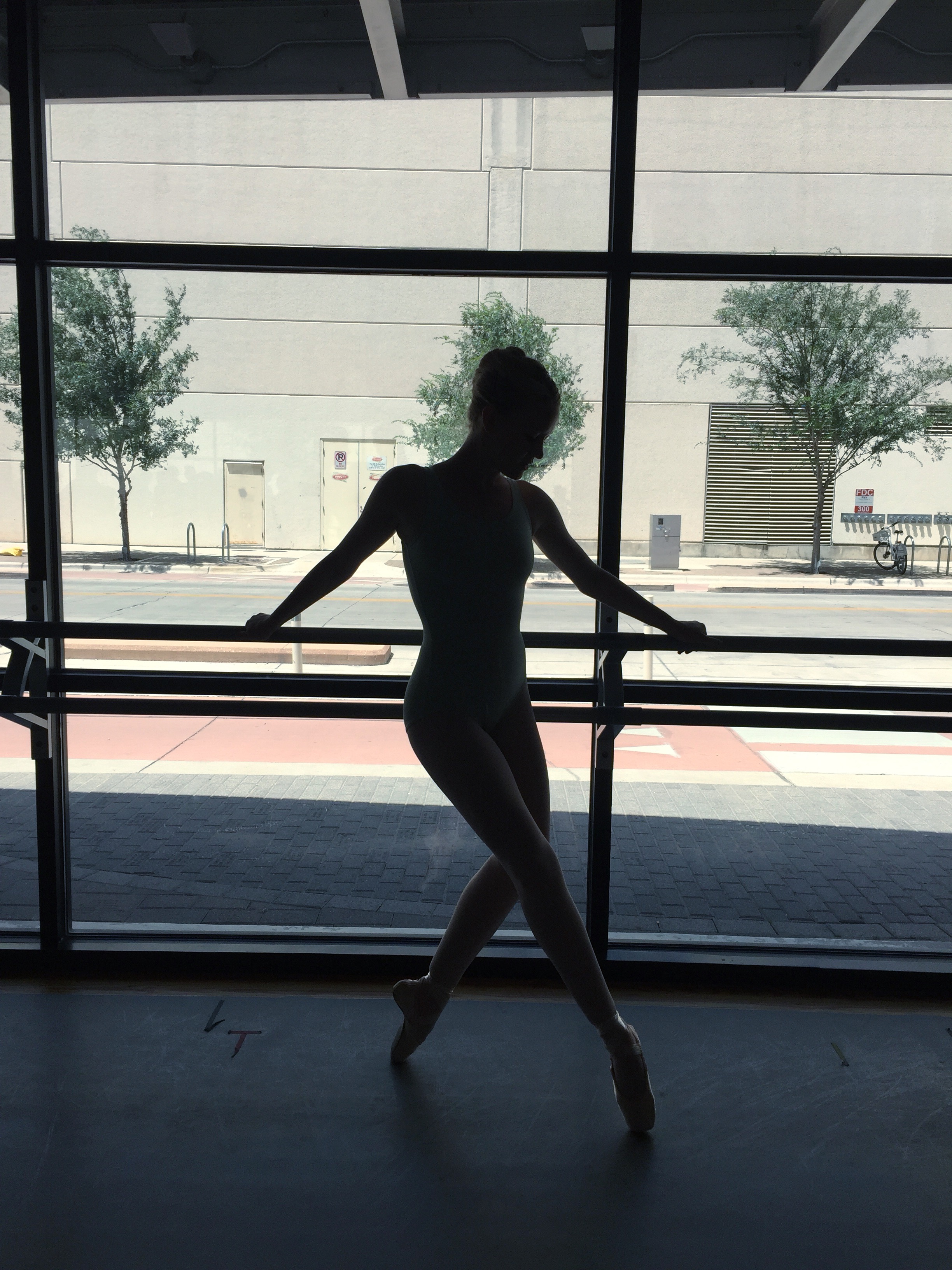 Posted at 00:45h in Adventures, My Story by reagan 0 Comments
0 Likes

This summer was full of living in the unknown, and learning to enjoy it.

First, I performed Swan Lake with the Colorado Ballet Academy as a Big Swan, and it was one of the most exhilarating and fun times of my life. The Big Swans, Swan Corpse, and Princesses had worked so hard for so long on our parts, and feeling it go well is so satisfying. It’s an experience I’ll never forget.

I went home after the school year, went camping, and relaxed with friends and family. It was a good recovery time. A few months before summer, I decided to go to Ballet Austin Senior Summer Intensive to try for the Butler Fellowship Program! I went for 3 weeks from June to July.

The technique was very unique. Contrary to what I had been practicing the whole year, this technique was more towards the Balanchine end of the technique spectrum. I grew up doing Balanchine, so it was easy for me to adapt, but they also added a lot of specific details on their own that makes it much simpler. Even though it’s simpler, it’s harder to remember! However, I feel that after being put in a situation where so much was demanded of me improved every aspect of my dancing in leaps and bounds! I stayed for the 1st session (3 weeks) of the program, and the third week was when I would find out if I would be accepted into the Butler Fellowship program.

I had my conference, and was told that my technique was not where they wanted it to be (partly because I was trying to learn their technique for those 3 weeks) and also, I was too tall! Just like in auditions for parts in a play or a movie, sometimes it’s not even about how good you are, it’s just that someone else literally fits the part better. That’s okay!

I’m elated to join the Colorado Ballet Pre-Professional Program for a second year! It’s a relief to know that the teachers there know me, and they know my strengths and weaknesses. As opposed to last year, I spent a good while trying to figure everything out. I was still getting my bearings. But this year, I know the ropes! I can hit the ground running. I know what I need to work on in Colorado. Also, the teachers in Austin were so demanding and expected more than I thought could be expected out of me, I’m inspired to go back and apply that same demand and expectancy on myself.

Where did you go for the summer? Comment Below!