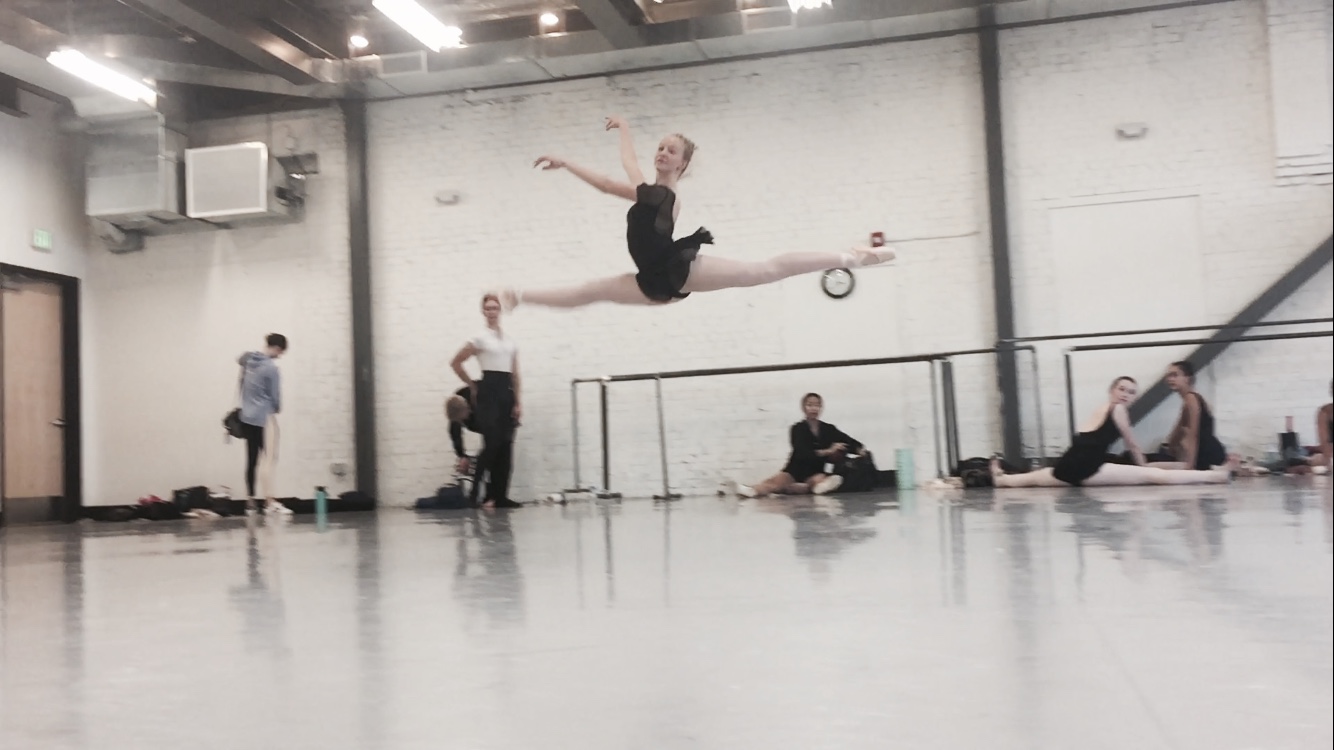 Posted at 04:22h in Ballet Advice, My Story by reagan 0 Comments
0 Likes

Quick update: I’m devoting more time to my blog and social media, so look out for me! I just got a Pinterest and Snapchat for journeytoballet, both of which are called journeytoballet! Follow me for some behind the scenes and other great sneak peaks!

This week, the artistic director of Colorado Ballet, Gil Boggs, watched one of our technique classes to evaluate us for Studio Company and a new program called the Trainee Program.

It was last Thursday and everyone was nervous, excited, and anxious. I could feel the tension in the room. No one was tense with each other or in a competitive way, but we all felt pressure. Class began, and we did not see Mr. Boggs for the first 30 minutes. That made the tension only grow worse. Finally, he and Ms. Erica walk in. I could tell the whole class was holding their breath. The two said nothing. They had a piece of paper and a pen, and that’s it. Everyone was on pins and needles, striving for the front row of the class, to show off their best qualities. We got to medium jumps, and Ms. Erica said ‘thank you’ to the teacher, and she and Mr. Boggs walked out. Once they left, everyone is rejoicing! Some of them come up to me and say “I’m not expecting anything.” For the moment, we were all relieved that the audition was over.

By the end of the day, everyone had received an email, saying if they got a second email aside from that one, they needed to schedule an appointment with Ms. Erica. Only about 7 girls got a second email, I did not. We all assumed it meant that those who got the second email were accepted into Studio Company. It didn’t mean that, but I didn’t know that at the time. I went to the daycare in a bit of a grumble. I was confused and emotionally exhausted. I was not expecting too much, but when I didn’t get the email, all of a sudden I supposed I was expecting much!

I found out later that some of the girls who were requested to schedule an appointment were accepted into a Trainee program, some were accepted into Studio Company, and some were promised another year with the Pre-Professional Division. I got home devastated, and thought I was never going to make it with any company. But my dad reminded me that this is not who I am. I may feel weak and helpless in this moment, but it’s these kinds of trials that make me stronger. I may not have all the flexibility in the world, or hypertension, and bendy feet. But I have determination. I have gone through other “no”s. After I do, I come back stronger. The trials seem more severe every time, but that’s God testing me. He has fulfilled so many of my promises, and He never fails me. I know that with this non-acceptance, I will get what I want. It might just take me through another path. Now, I have goals to achieve and plans to achieve them. I had a wonderful class with a lady named Jayne. She inspired me so much, and I feel like someone set a fire under me. It’s these things that make me more determined, hopeful, and full of drive. I know that in the end, I will have an extremely strong character because of these moments. God is always with me, and His will be done! If what I want isn’t in His will, I need to start realigning my thoughts.

For those of you with summer intensives and ballet training in general, I hope this inspires you to stay motivated. Comment on your thoughts below, or comment on my Instagram!